Mini Hydro Power Plants are preferably built on rivers with a high flow velocity and a large water flow. Water flowing in the river is conducted through a hydro turbine to drain further downstream. Kaplan turbines are most often used at the Mini Hydro Power Plants, as they are suitable for small level differences and high water consumption. The kinetic energy of the water is converted into the mechanical one in the turbine, and then into electrical energy in the generator. Due to the continuous water flow, the electricity is produced 24 hours a day (except for the period of maintenance works).

This leads to the following advantages:

We apply our know-how already at the design and development stage of the project, we act as a general contractor, raise funds, we operate the facilities and maximum openness and partnership with municipalities, investors and governmental bodies are important for us during the construction of each mini-hydroelectric plant.

the Republic of Buryatia

The Republic of Buryatia has the largest fresh water reserve in the world – 24 million m3. 336 rivers flow into Lake Baikal. 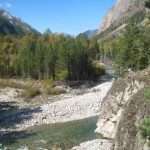 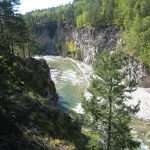 The total capacity of mini hydro power plants planned by us, which will be built on 10 rivers, will be approximately 20 MW.

Currently we are taking measures to obtain building permits.